This is my first attempt at a Storytime Blog, stay patient and stay tuned, I hope to post some great stuff.

How to make a Rhyming Dust Bunny

2. wrap the yarn lengthwise around the cardboard 75 -100 times (the more you wrap the thicker the pom-pom)

*note: the cardboard may start to curl up a bit, try to keep it as flat as you can, and it is a good idea to use a new piece of cardboard for each pom-pom

3. carefully slide cardboard out of the yarn bundle and tightly tie a piece of yarn around the middle 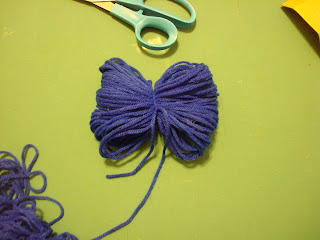 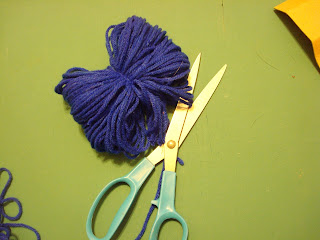 ... and you have the body of your dust bunny 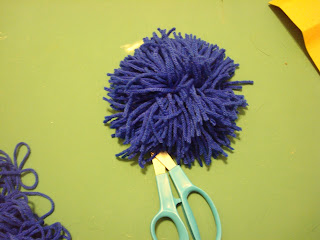 For the body parts:

1. out of the felt cut two ears

2. out of the cardboard cut two arms, a nose and the base with feet

3. out of the white cardstock cut the eyes with a nose (the nose part will get glued under the cardboard nose - this just makes it easier to put together) 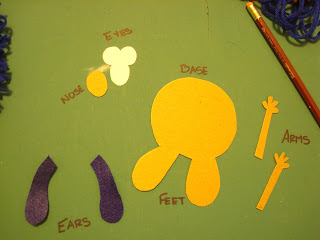 4. once you have cut out all the parts, trace around the edges with a sharpie and glue the cardboard nose on top of the white cardstock nose 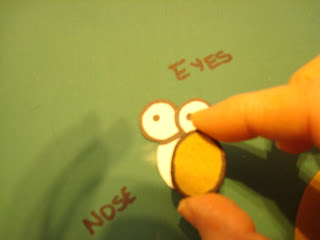 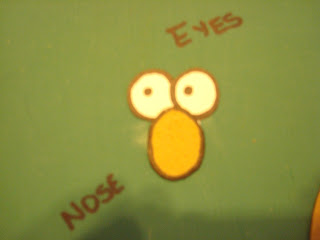 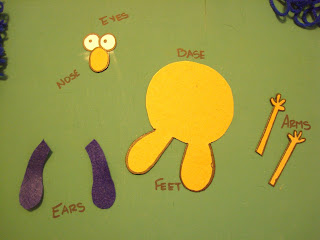 Now you are ready to assemble your dust bunny. I have used both Tacky glue and hot glue, and each work well. When you glue the pom-pom onto the base, flatten out the bottom of the pom-pom and it will sit and stick to the base much better. Then just put a little dab of glue on the other pieces and wedge them into the pom-pom where you want them. I used the illustration, in Jan Thomas' book, when the dust bunnies are introducing themselves to create each one's unique expression. For these directions I made Bob, and when he is introduced at the beginning of the book he doesn't have a mouth, however Ed, Ned and Ted do, so to make a mouth I cut it out of white cardstock and colored it in with the sharpie. 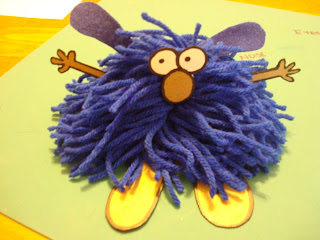 Like I said, each dust bunny has its own unique expressions, so just play around with the eyes, mouths and ears to get the look you want. Be creative and enjoy ... eat Chips Ahoy and drink soy :) 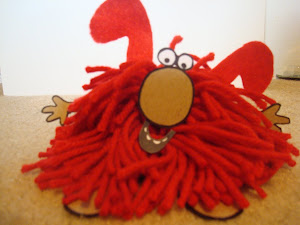 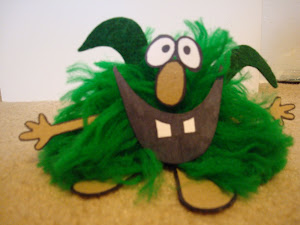 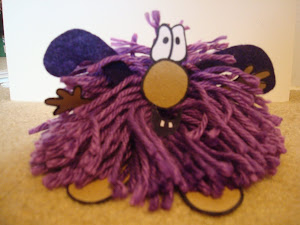 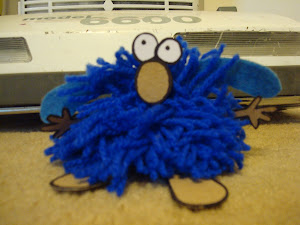